NEW YEAR’S GREETINGS from the Thrailkills of Oklahoma! 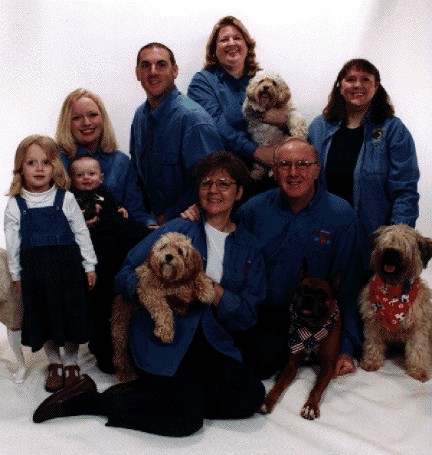 For those of you who have families, the image of walking into a photography studio with six adults, two children, and four dogs might be somewhat amusing. To be honest, our photographer almost had a coronary. Actually, considering the whole scenario, it went quite well (the dogs were better behaved than we humans). After the first pose we were asked if we wished additional poses. The response of “you have got to be kidding” was unanimous!

For those of you not acquainted with the Thrailkill clan, let me introduce you: Far left is Shelby (3), Brayden (7 mo) April and Chad – Top is Stacy holding Kate (1) – Far right is Dawn and Frazier (5). Karen is holding Ally (1 – also Stacy’s) and to the right, Gene and almost unseen is Tyson (7).

We had a great holiday season and a joyous Christmas together. This was the first holiday season in 31 years (Thanksgiving and Christmas) that we have not had students with us for dinner. It did seem strange and although we missed having them, it was very nice having just family. Shelby, excited and very aware this year, informed me early Christmas morning via telephone conversation that “mommy and daddy told me Santa was here but I didn’t hear him.” When asked if she left cookies and milk for Santa, the reply was “no, he likes coke!”

Karen and I weighed taking the RV to Dallas for the Cotton Bowl Game; however, I had an Honor Band to conduct in Tahlequah on Jan. 4th. We decided to just enjoy the holidays at home and sit in front of the TV with a plate of eggs, hashed browns and sausage and our feet up instead of dealing with the 35 degree temperature at a 10:00 a.m. kickoff. Great game!!!

If you are not living in Oklahoma, you can not begin to understand the media frenzy we endured when Steve Spurrier resigned at Florida and Bob Stoops was the heir apparent. I was one of the few that felt he would stay at Oklahoma but everyone else had him leaving, which made for a bad five days. The University and State of Oklahoma had embraced him strongly with not only salary but great support. In Florida he would have been just another football coach and in Oklahoma he is KING! There was a cartoon in the State newspapers with an image of the University President stating that certain concessions were made to keep Stoops at OU. There was a sign in the background indicating – University of BOBlahoma! Nuff said. 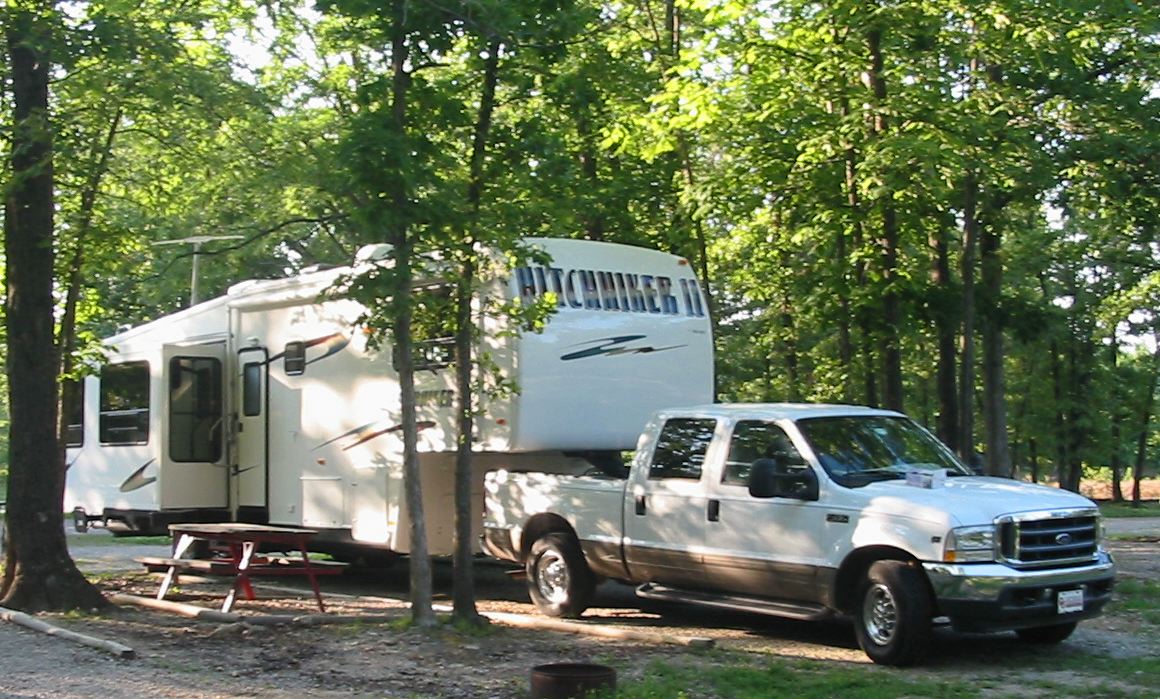 Do you remember the saga of our new Ford F350 catching fire while I was adjudicating a marching band contest in Springfield, MO in late October? After 35 days with a rental car, I drove the five hours to Springfield, returned to Norman, and went straight to the Ford dealer. Fortunately, due to Ford Motor Company and especially Reynolds Ford in Norman, we are now the recipients of an identical 2002 truck. To make a long story short, the deal allowed me to take possession with no money out of pocket and due to the 4.9% financing, our payments are $60 per month less. Actually, it is as if I leased a truck for one year and 15,000 miles. So we are ready to resume our travels, first with a trip to south Texas (Weslaco) to visit Gene and Kay Braught (and enjoy the sun, pick fruit, see a little of Mexico, etc.). We will not be gone more than a couple of weeks – can’t miss more than two of Chad’s basketball games. The season will be over too soon as it is.

We have many plans for the next few months but that will come in the next installment of the Thrailkills of Oklahoma… Thanks for checking us out!